Skip to content
Juror Calling > Legal News > Education > FAQs Regarding Jury Duty: Will I Get Paid? 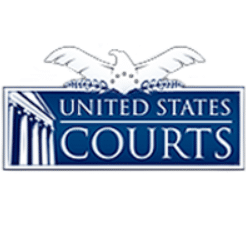 How are jurors contacted for service in federal court?

Must I respond to my jury duty notice?

Yes, it is legally required, and there are penalties for noncompliance. Jurors perform a vital role in the American system of justice. Jury service is an important civic function that supports one of the fundamental rights of citizens – the right to have their cases decided by a jury of their peers.

Who may serve as a juror?

The Jury Act, which is set out at Title 28, U.S. Code, Sections 1861-1878, calls for random selection of citizens’ names from voters lists or from voter lists supplemented by additional sources (such as drivers lists). Because random selection is required, individuals may not volunteer for service. More on Jury Service

The Act states that individuals are legally disqualified from service:

In addition, the Jury Act lists three groups that are exempt from federal jury service:

Persons belonging to these groups may not serve on federal juries, even if they so desire.

Will I be paid for jury service?

Yes, federal jurors are paid $40 a day. (Employees of the federal government are paid their regular salary in lieu of this fee.) In most courts, jurors also are reimbursed for reasonable transportation expenses and parking fees.

Your employer may continue your salary during all or part of your jury service, but federal law does not require an employer to do so. Nonetheless, the Jury Act forbids any employer from firing, intimidating, or coercing any permanent employee because of their federal jury service.

What if the dates of my jury service conflict with my work or vacation schedule?