Skip to content
Juror Calling > Legal News > Education > How long should it take a jury to reach a verdict? 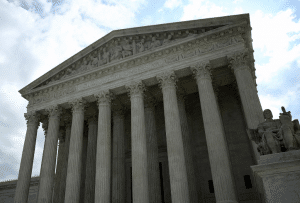 The quips around the courthouse were it would take seven minutes to convict Jovan Underdue.

Others expected a longer wait – but not much longer.

The first-degree murder case against the 33-year-old defendant included a loaded handgun recovered under his girlfriend’s mattress with three fired bullets (all .38 caliber like those used in the murders); state drivers’ IDs and keys of the victims at his home; more .38 caliber bullets in a box at his home; surveillance video of him walking on Delaware Avenue near the crime scene; and the DNA of one victim matching blood found on Underdue’s shirt.

Then there was Underdue’s detailed three page-confession to Albany detectives in which he said, “I just lost control. There is no sugar-coating it … I took three lives.”

urors started deliberating just before 1 p.m. They reached a verdict by 4:30 p.m. And that was after they ate lunch. Under any estimation, it was hardly a long wait – and yet it was actually longer than some observers expected.

The evidence in the case was considered that strong.