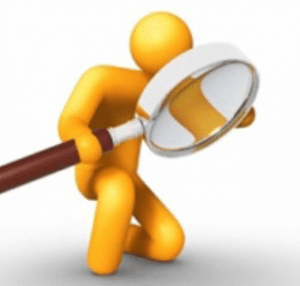 In the article that follows, Lyndall Lambert, Esq. shares her unique insights derived from her recent experience as a juror on a personal injury case held in Miami-Dade County Circuit Court.  Dr. Melissa Pigott provides commentary on Ms. Lambert’s observations based on her experiences as a jury expert.

Imagine my surprise when I was selected as a juror in a personal injury case, after discussing in detail during voir dire my 25 years of experience as a personal injury defense attorney.  I even acknowledged that I was familiar with all of the trial attorneys and two of the experts.  I was convinced that I would be the first on the panel to be excused.  However, after all of the strikes were made, I was one of seven jurors remaining in the courtroom.  Of course, there seemed to be more than the usual number of “loose canons” on the venire, but could they be less appealing to a plaintiff’s attorney than me?

After hearing the opening statements, it became clear why I was left on – proving liability was not much of a concern for the plaintiff.  She was a restrained passenger in a T-bone intersection collision, and she sued both of the drivers.  There was no claim that she was negligent, and it was obvious that at least one of the defendants was at fault.  Also, the plaintiff had permanent, substantial injuries, so Florida’s no-fault threshold was not an issue.  The plaintiff’s attorney probably figured that I would at least know how to reasonably evaluate the damages.  Little did he know that, of the jurors selected, I would eventually be the most liberal.

In my many years as a social psychologist assisting attorneys in jury selection, I have come to recognize that there are many cases for which an attorney will be a suitable juror.  Although selecting an attorney for jury service is sometimes risky, in that it is highly likely that he/she will be the jury foreperson and/or opinion leader, depending on the composition of the venire an attorney may often be a better choice than other potential jurors.  Overall, there are no rules of thumb that dictate a particular attorney’s suitability for jury duty.