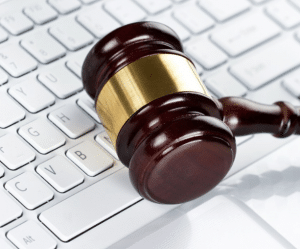 Juries are a fundamental pillar of our justice system. But many believe that jurors are now routinely accessing and distributing so much prejudicial information online, that the very integrity of the system is in danger.

n 1670, two men named William Penn and William Mead stood trial at the Old Bailey, charged with sedition after leading Quaker prayer services in a London street. The judge, Sir Samuel Starling – also London’s Lord Mayor – was so incensed when the jury returned a not-guilty verdict that he had them all imprisoned.

“You shall be locked up without meat, drink, fire and tobacco,” Starling is reported to have told the obstinate jury. “We will have a verdict, by the help of God, or you shall starve for it.”

Unbeknown to Starling, the legacy of his tactics was to enshrine greater protection for the 12 men and women who decide a criminal trial. The independence of juries is often referred to as a “hallowed principle” of English justice – but this is now being threatened by a very modern phenomenon.

The problem, according to members of the legal profession, is that the internet has entered the jury room. Instances of jurors using search engines such as Google, and social networking sites such as Twitter and Facebook, is compromising the strict rule that the only information available to them must have been carefully vetted by lawyers so as not to be “prejudicial”, or likely to unfairly influence the verdict.

All juries are segregated during each day’s hearings, entering and leaving court through private entrances, and eating in a dining room designated only for juries sitting in that court. Yet even in the most high-profile cases, jurors usually go home at the end of each day, making their behaviour outside the courtroom hard to monitor.

The attorney general, judges and lawyers representing both prosecution and defence have all voiced their concerns. “Let us be realistic and address the access jurors have to the internet,” Lord Igor Judge, the head of the judiciary in England and Wales, said recently.