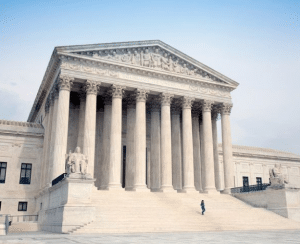 The following announcement appeared in the Press Herald on Friday, January 25, 2019.

The Trump administration can go ahead with its plan to restrict military service by transgender men and women while court challenges continue, the Supreme Court said Tuesday.

The high court split 5-4 in allowing the plan to take effect, with the court’s five conservatives greenlighting it and its four liberal members saying they would not have. The order from the court was brief and procedural, with no elaboration from the justices.

The Trump administration has sought for more than a year to change the Obama-era rules and had urged the justices to take up cases about its transgender troop policy immediately, but the court declined for now.