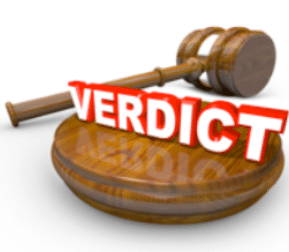 This is not the first verdict against Johnson & Johnson for ovarian cancer. J&J previously had verdicts of $55 million and $72 million against it for hiding the risk of ovarian cancer.

The plaintiff Deborah Giannecchini stated in court she had used talcum powder for feminine hygiene for nearly half a century. Three years prior to trial she was diagnosed with ovarian cancer, a rare disease that is difficult to find and treat early.  She has undergone chemotherapy, radiation, and surgery to try and control the spread of her cancer.  Her doctors have given her an 80% chance of dying from ovarian cancer within the next two years.

Deborah had no knowledge of the potential cancer risks of using talcum powder in this fashion.