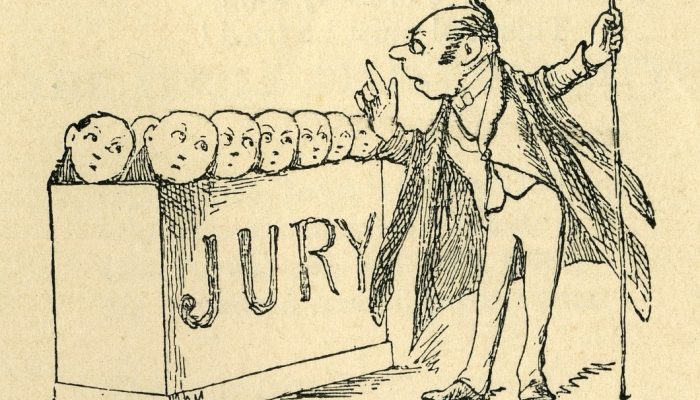 Original Resource for this post can be found at https://www.persuasivelitigator.com/ by By Dr. Ken Broda-Bahm.

Did you know there is such a thing as post-trial juror interviews? Post-trial interviews are not that common, but they do happen. To keep judges and jurors from suspicion, and to help with fatigue from lawyers from having to keep billing a case, or need to just move on to another case. Overall, post-trial interviews can help improve a jurors’ attitude towards juror duty and their juror process.

Dr. Ken Broda-Bahm says “In a mock trial, the jurors have generally heard only one day’s worth of information, and we will spend weeks analyzing their feedback. In the actual trial, the jurors have heard everything. Granted, the case is often (but not always) over, but most attorneys will face similar cases in the future, and many of the parties — particularly the large organizations — will also be involved in future suits. So why not wring every last ounce of education and understanding out of the experience? “

In their article, Dr. Ken Broda-Bahm give 9 basic rules that one can apply to these interviews:

1.  Don’t Settle for a Hallway Conversation

It is a heavy temptation for attorneys to discuss the case and the verdict with available former jurors immediately after the jury has been discharged. These courtroom or hallway conversations can be quite useful, but they can be rushed as well, or subtly biased toward the party who is asking the questions. It is better to talk later by phone at a time that is convenient for the former juror. If you do end up talking in the courtroom, make sure the jurors know that they might be contacted later, since you don’t want them to feel like they’ve shared all there is to share in just a few minutes in the immediate aftermath.

2. Use a (Perceived) Neutral Voice

Jurors will share more if they don’t feel like they are directly speaking to one side or the other. In order to avoid the feeling that they’re directly telling one side or the other that they didn’t do very well, or never had much of a case, it is better for jurors to feel that they’re talking to an interested third party. The ex-jurors may know, or suspect, that they are talking to an agent of one of the parties, but if the interviewer is not one of the voices they recognize from court, then that awareness is likely to be less salient and less likely to subtly bias the feedback.

The other problem with conversations immediately after a verdict is that it all might be too fresh. Jurors could be emotionally drained, or distracted by all of their own personal and work issues that they’ve neglected during trial. You don’t want to wait too long or memories become stale. But waiting a bit — perhaps just long enough to find the jurors’ phone numbers and draft a plan for the interview — can provide time for jurors to relax, refocus, and gain some perspective on their own reactions and their decisions. That time can also be useful to the trial team in allowing them a chance to think about what issues might be most important for next time.

Create an outlined plan for the interview, and have that plan reviewed by everyone who will be interested in the feedback. That plan should cover the key facts, the main strengths and weaknesses of the case, each verdict element, as well as witnesses and the attorneys’ performance. A comprehensive outline should offer the former jurors plenty of opportunities to talk about what was most important to them. It should also seek out reactions to the more specific facts and questions on your mind. It should extend beyond the general questions and focus on specific issues, testimony, and other pieces of evidence.

While you want reactions to the specific questions on your mind, you also want to know what is important to the jurors. Practice a funnel technique, starting out with general questions before narrowing down to the specifics. Early on in the interview, ask open-ended questions like the following:

6. Focus on Process and Not Just Product

As the adage goes, “It’s the journey and not just the destination.” That goes double for deliberations. In addition to just asking about static opinions (e.g, What do you think about issue A?) ask about how they got there (e.g, How did you go about deciding issue A? How did you start? What were the disagreements?). The process can be the most interesting part. It is also the part that carries the most relevance for future cases. The testimony and the evidence may be idiosyncratic, but the jury’s approach in reasoning their way to a conclusion is likely to be more predictive of future reactions.

Think about a group of eyewitnesses: In theory, they all saw the same thing, but each has a different perspective on it. The same goes for deliberations, and it is common for each juror to have a different understanding of what they did and why. For that reason, you will get a somewhat skewed version of deliberations by talking to any one juror. It can be difficult to find jurors in an age of cellphone-only households, unlisted numbers, and families who won’t pickup for unknown callers, but try to make contact with as many former jurors as possible.

In addition to answering the questions of the moment, you also want to preserve a record for the future. The time when you will want to review the feedback for a similar case could be years from now. We make a practice of digitally recording the call as it occurs, and then sending it out for a transcript. In some states, you need permission to record, and it is always a good practice to ask. In all the years, I have only had one juror refuse that request.

9. Keep the Focus on Education

In the vast majority of cases, your only goal in conducting post-trial interviews is to learn for the future. That educational focus should govern your tone as you ask questions. Be the interviewer, not the advocate, and remember that you aren’t conducting discovery either. Once the former jurors understand that the goal is just to learn, the interview will feel more worthwhile to them. It feels good to provide helpful feedback, and for jurors, the interview can be a way of reaping additional benefits from the time they put into the case.

Read the original article at https://www.persuasivelitigator.com by By Dr. Ken Broda-Bahm.  *We in no way take credit for this wonderful content.