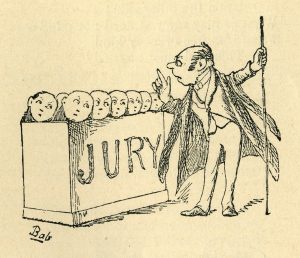 The right to trial by jury is the only right that appears in b​oth the Constitution and the Bill of Rights.

Despite the crucial role that jurors play in the legal system, as well as the inconvenience and disruption that individual jurors face by being selected, little resources have been dedicated to ensure their wellbeing. This becomes especially problematic if we consider the post-traumatic stress disorder (PTSD) symptoms reported by many criminal trial jurors following their service. These symptoms arise from different aspects of the jury experience, including the following.

Jurors for allegedly violent criminal defendants can be exposed to graphic testimony and photos, including images of victims, blood, and corpses. Oftentimes, these images would be shown repeatedly over the course of the trial.

Dr. Roger Bell, a psychologist at the University of Louisville School of Medicine, was called by the judge of an alcohol-related traffic accident case involving the death of many teenagers. The jurors had been exposed to graphic pictures of dead students, and were subjected to detailed testimony about how each of them had died. The judge and Dr. Bell described the jurors as “going through terrible agony.”