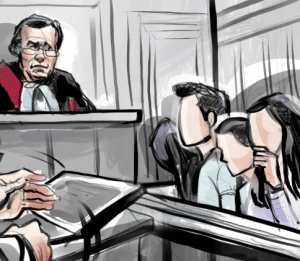 The jury fulfills a very important function in the legal system. You are entitled to be tried by jury unless the alleged offence is a minor one or one that is being tried in the Special Criminal Court. However, a jury is not required in every legal case. There will be a jury in some civil cases such as defamation and assault cases. However, for the majority of civil cases such as personal injuries actions and family law cases, there is no jury – it is the judge who decides the outcome.

The 12 jurors in a case are selected from a number of people who have been called to do their jury service on that day.

Section 23 of the Courts and Civil Law (Miscellaneous Provisions) Act 2013 amended the Juries Act 1976 so that the jury can consist of up to 15 members, if the case is expected to last more than 2 months.

The jurors are charged with the responsibility of deciding whether, on the facts of the case, a person is guilty or not guilty of the offence for which he or she has been charged.

During all stages of the trial, jurors may take notes of proceedings. Jurors may also pass notes to the foreman or forewoman of the jury to ask the judge to explain certain aspects of the case.