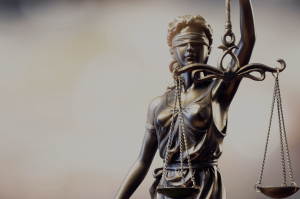 Consider this: A supertanker carrying millions of gallons of crude oil is being steered by an inebriated captain. The massive barge, filled to the brim with crude oil, runs aground. What happened next is history. After the Exxon Valdez dumped eleven million gallons of black goo into Prince William Sound, billions of dollars were expended in a cleanup that lasted over a decade. An entire ecosystem was destroyed. Fisherman whose livelihoods were dependant on that ecosystem were without means to support themselves or their families.

Several years later, a jury finds that the captain’s employer was liable for the acts of its employee after evidence is presented that:

The jury concluded in that case that the employer’s conduct involved a gross deviation from the level of care an ordinary person would use, having due regard to all the circumstances. A jury slapped the owner of the supertanker with a $5 billion dollar punitive damages award.

How about this scenario? While sitting at a traffic light waiting for the green light, you are slammed from the rear by a drunk driver who never saw you and didn’t even attempt to stop.