Skip to content
Juror Calling > Legal News > Education > Why Do We Need Juries? 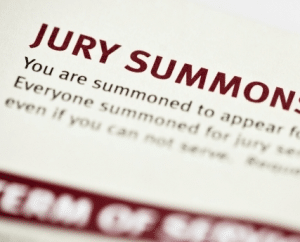 From: We The People

Most Americans consider jury duty a waste of time. The state forces you to forego personal and professional obligations so that you can fight traffic and struggle to find (most likely paid) parking at the courthouse. Then you hurry up and wait in a bare room with uncomfortable chairs as unknown forces decide whether or not your service is even needed. And if you are unlucky enough to be selected, the whole ordeal could wind up lasting weeks or even months. It’s no wonder people dread receiving their summons.

But there are a number of important reasons we have juries. Remember, the right to trial by jury literally motivated the Revolutionary War. The Declaration of Independence explicitly cites King George’s acts “depriving [the colonists], in many cases, of the benefits of trial by jury” as one of the Founders main grievances. Unsurprisingly, then, Article Three Section Two of the Constitution establishes the criminal jury as an institution. And in not one, not two, but three separate amendments making up the Bill of Rights are dedicated to guaranteeing the right to grand, criminal, and civil juries respectively. Indeed, as many have noted, the right to trial by jury at the time of our Founding was probably the most valued of all civil rights.

The Founders so valued juries for their ability to check abuses of government power by judges, legislatures, and presidents. Thomas Jefferson, for instance, privileged “the opinion of twelve honest jurymen” over permanent judges, “who are liable to be tempted by bribery and misled by favor, … relationship, … spirit of party, and devotion to the executive or legislative power.” Furthermore, the Founders celebrated the jury as a mechanism to repeal legislative acts.

Click here for the FULL article from We The People.